2020 marks the year in which Puerto Banús celebrates its 50th birthday – or Golden Jubilee. To mark this feat, Marbella has planned a wide range of events in honour of its glamorous marina.

It is true that it was the Spanish-German aristocrat Prince Alfonso von Hohenlohe who opened the world’s eyes to the beauty of Marbella in the 1950s, and made it a jet-set hit with the opening of the now iconic Marbella Club Hotel, which led to the creation of the Golden Mile. But there is one name that is also pivotal in the subsequent development of Marbella into an international high-end destination: José Banús.

Yes, he of the marina, for it was this property developer, who constructed much of Madrid’s expansion in the post-war era, that was responsible for the creation of the yacht harbour that now bears his name. Banús worked restlessly to realise what he thought was the missing link in making Marbella a great destination, and in the late 1960s made it a reality, hiring Noldi Schreck and the young Marcos Sainz to produce the design of a ground-breaking new addition to the Marbella landscape. 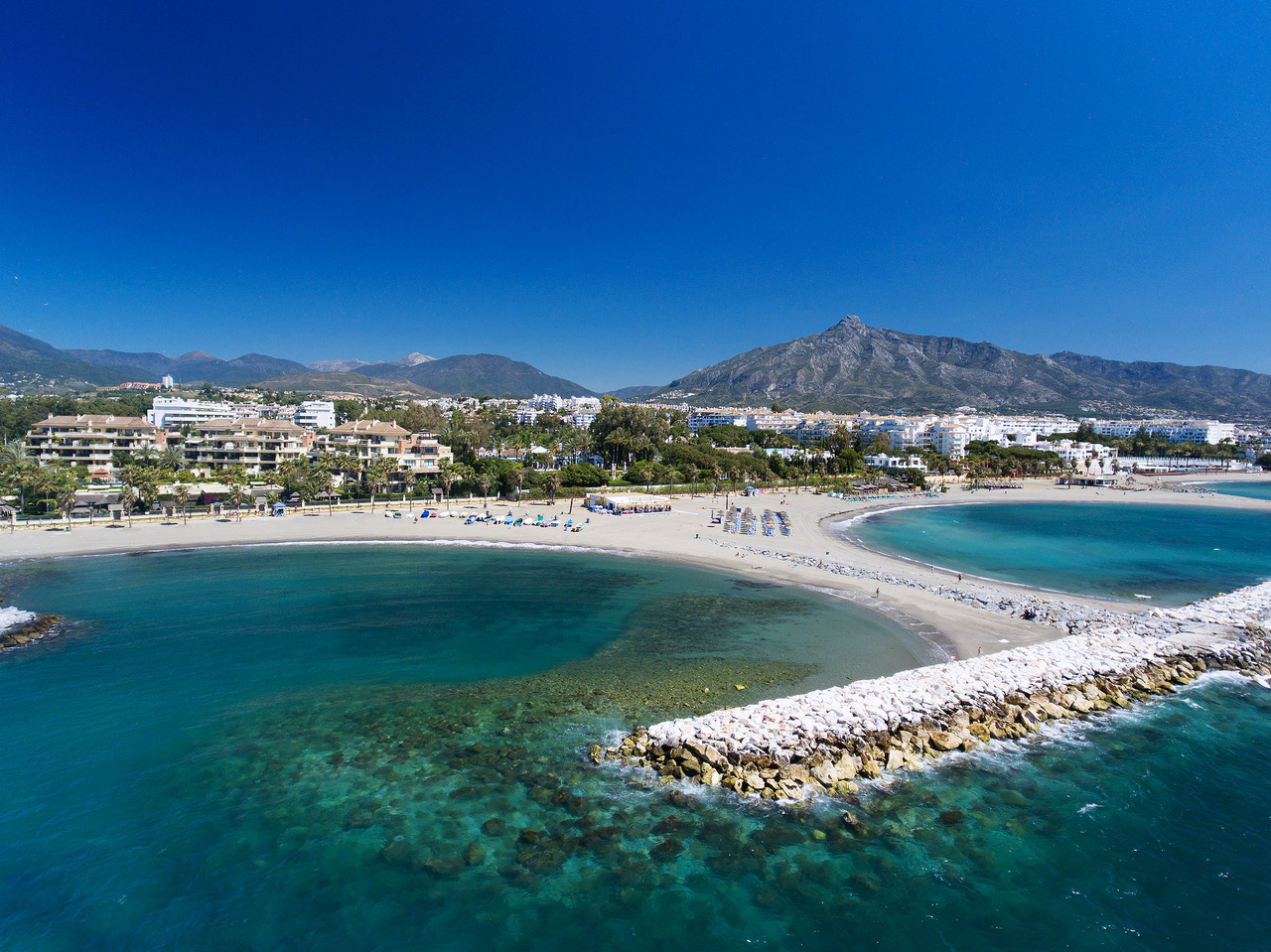 They created an intricate plan inspired by the region’s traditional Mediterranean style, and in 1970 the new yacht harbour opened to much acclaim. The inauguration ceremony was not surprisingly a stylish affair, with dozens of waiters and barmen attending the who’s who not just of Spain, but of Europe and beyond. Aristocrats, film stars, pop icons, socialites and heads of state mixed with famous sportsmen and business tycoons of the day, and a certain young man called Julio Iglesias provided a fitting soundtrack to a memorable event.

It is fair to say that Puerto Banús took Marbella to the next level and helped to internationalise it. Its berths soon filled up with luxury yachts from around the world, a scene that continues to be flanked by super cars and the beautiful set today. Among the many famous faces to have visited and enjoyed the marina was King Fahd of Saudi Arabia, whose large entourage and their successors developed a lasting love affair with this part of Marbella.

In its early days, Puerto Banús was also the site of Marbella’s main cinema, though it was a rickety affair with shabby chairs and a leaking roof that many remember nostalgically – also because it wasn’t improbable to rub shoulders with celebrities such as Sean Connery there. Soon, luxury boutiques, restaurants and nightclubs lined the marina, and as the area developed and hosted larger numbers of visitors, more retail areas were added, including one of the finest El Corte Inglés department stores in Spain.

The 1980s and 1990s saw the heyday of the popular La Comedia nightclub, and though increased access to flights brought a younger set to ‘the port’, as it lovingly known by many, the glamour persists. To celebrate this in style, Puerto Banús is happy to mark the occasion while also looking to the future of this Marbella landmark. The port is increasingly popular with millennials, and this is the direction it will be evolving into, as highlighted also by the 50th anniversary celebrations.

Part of this is a special 50th birthday logo that will feature prominently in the events and associated media communication. Stay in touch for more details about the upcoming programme for 2020 and the list of celebrities and influencers that will form part of Puerto Banús 50th anniversary celebrations.