A destination with as rich a heritage of luxury and glamour as Marbella can count on an equally prestigious collection of landmark hotels and resorts that have become the stuff of legend.

From Sheiks and aristocrats to Kings, Queens, business tycoons, Hollywood greats and celebrities from far and wide, some resorts in and around Marbella have played host to the very cream of the global elite. Well-versed in offering discreet comfort and service to such guests, they do so without most of us even being aware of it at the time, so that we usually only hear afterwards that one of the finest hotels in Marbella has once again welcomed a sporting legend, prime minister or A-list actor.

Sting, George Clooney, then First Lady Michelle Obama and David Beckham have all enjoyed the superlative hospitality and privacy of Marbella’s finest venues, as have many, many others in what has become a longstanding tradition. It all began at the Marbella Club Hotel, founded by Prince Alfonso von Hohenlohe in the 1950s. Here, on a good day, you could spot Mel Ferrer and Audrey Hepburn playing tennis with James Stewart and Deborah Kerr, while Frank Sinatra was out on a yacht. 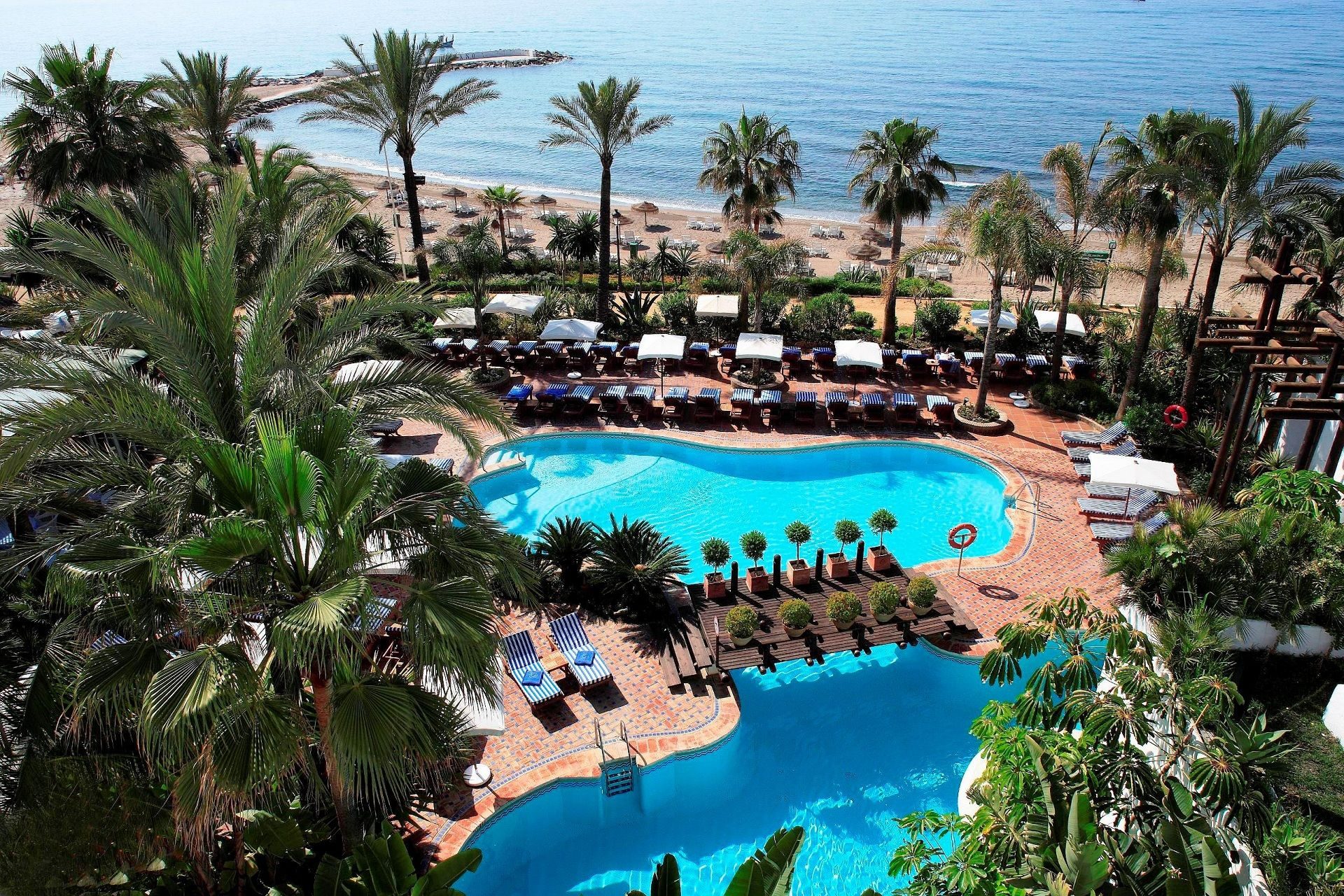 Later decades saw the area become the favourite of the likes of Julio Iglesias, James Hunt, Brigitte Bardot and others, with successive generations of celebrities drawn to the most iconic of all Marbella hotels. In the early 1970s, its sister hotel, the Puente Romano was opened – adding more facilities as well as building upon the legend that had been created almost twenty years before.

The legacy of the Marbella Club

From those early halcyon days onwards, other five-star deluxe resorts have worked hard to steal the crown, resulting in a growing number of hotels that are icons of Marbella, such as the Hotel Don Pepe Gran Meliá – like the Marbella Club and the Puente Romano also located on the beachside of the famous Golden Mile – and the Los Monteros, a landmark of luxury and refinement to the east of Marbella. 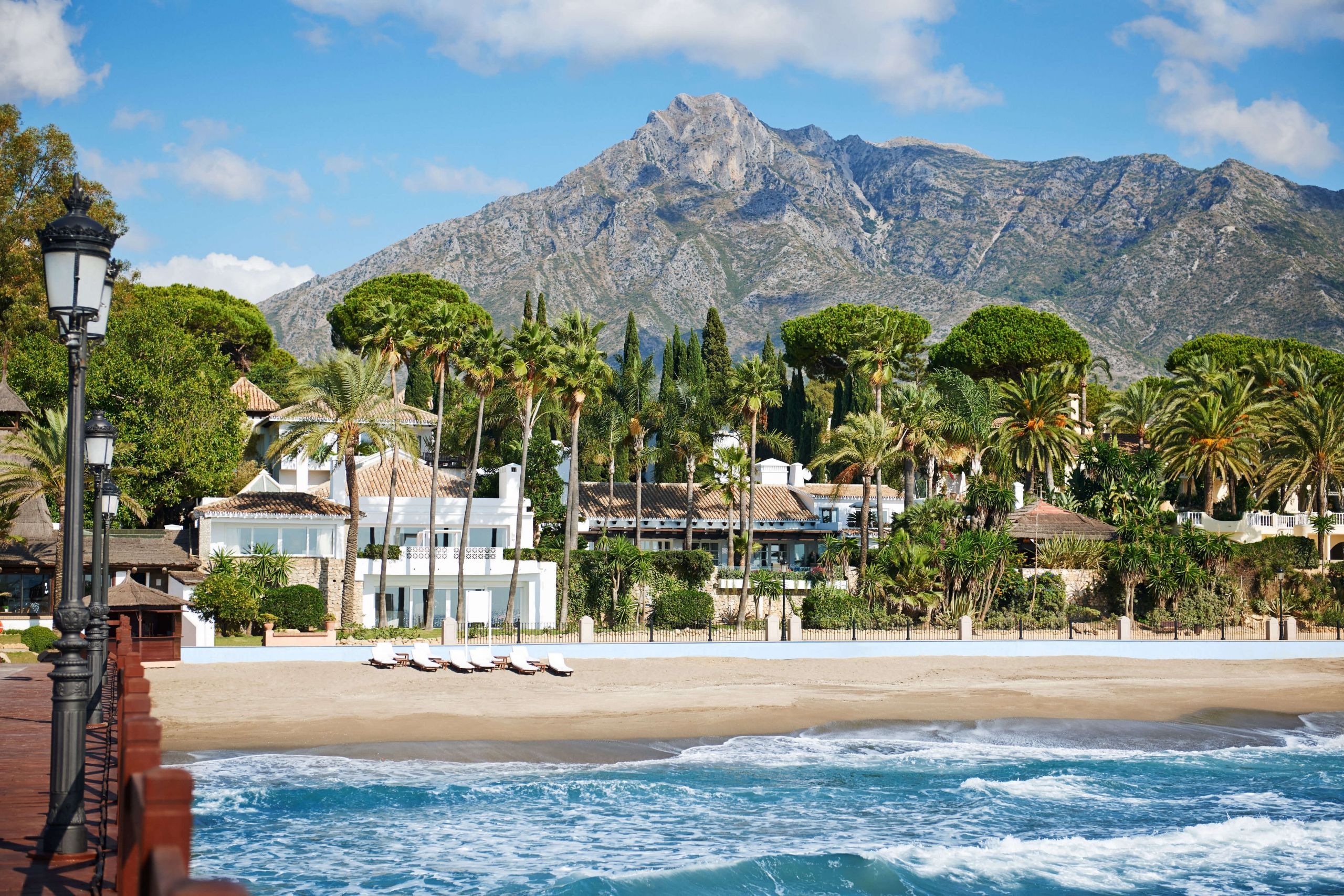 Each of these resort hotels has a charm, ambience and heritage of its own, with more recent additions such as the Kempinski Hotel Bahía on the New Golden Mile near Estepona, and the palatial Anantara Villa Padierna Palace more recent additions to the elite group. The former offers classic five-star deluxe beachside resort luxury, while the latter has the bearing of a grand country estate set amid the meandering greenery of Tuscan-inspired golf courses.

Lovers of golf, fine dining and spa retreats are also seduced by Finca Cortesín, a charming country style resort that is as immaculate in its service and efficiency as it is appealing in amenities and style. Expect Michelin-style gastronomy, a championship course and a classic getaway wellness centre, all set within glorious countryside just a few minutes’ west of Estepona. For those who wish to combine luxury and comfort with advanced health and relaxation treatments, the Healthouse Las Dunas has earned its place among Marbella’s most iconic hotels. 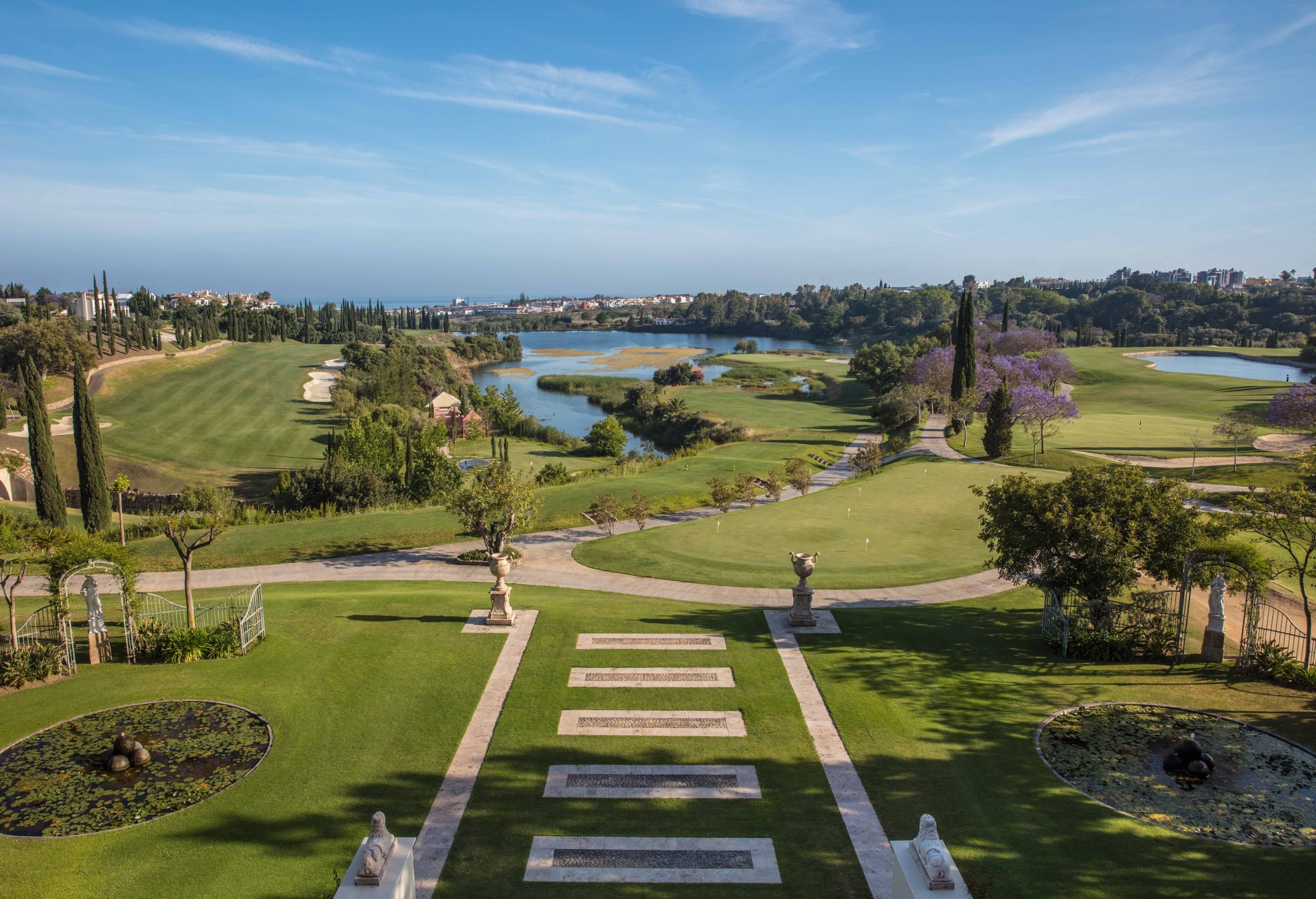 Enjoyed almost as much for their leisure facilities by locals as by hotel guests themselves, these landmarks of the Costa del Sol are a fitting reflection of a town that has earned its place among a global elite of lifestyle destinations.

Contact Callum Swan if this way of life appeals to you.

Beautiful family villa, with the charming style of Marbella Club

This charming, Marbella style newly built villa is located within what is probably the most prestigious residential area of Marbella, the Marbella Club Hotel. In a privileged position, just a few ...

Stylish duplex penthouse in one of the most sought after developments on Marbella's Golden Mile, next to the 5-star hotels Nobu and Puente Romano, and all the leisure and dining facilities of this ...

Impressive beachside property for sale within the Marbella Club

This is a unique opportunity to purchase a home within the sought-after residential area of the Marbella Club, in the Las Torres del Marbella Club gated community. This beautiful home is set in ...

With its spectacular setting, beautiful mature grounds, luxurious villa and of course unique pedigree, this is truly a unique property in Marbella. There are many impressive villas occupying prime ...