Málaga—the city that gave birth to Picasso—is transforming itself from an afterthought for visitors to the resorts of the Costa del Sol into a centre of cultural excellence that deserves a prominent place on the itineraries of art lovers from across the world.

While its magnificent Moorish fortress walls and Roman theatre have long been symbols of the ancient city’s place in cultural history, Málaga has in recent years welcomed the opening of prominent museums showcasing the works of world-class painters and sculptors, backed by an ambitious €100 million plan by the city council to reinvigorate the city’s cultural heritage.

During the first stage of the ten-year project, Málaga attracted international publicity with the opening of the Centro Pompidou Museum on the trendy Muelle Uno quay in the city’s port. In keeping with the post-modern image of the Centre Georges Pompidou’s Richard Rogers/Renzo Piano designed Paris home, the Málaga gallery is housed in a large multi-coloured glass cube. It is certainly distinctive, as are the works of art from artists of the calibre of Frida Kahlo, Francis Bacon and Rene Magritte that are displayed inside.

The centre offers a range of inspirational ‘mixed media’ works including installations, sculptures and paintings, with an emphasis put on educating visitors about the nature of the pieces. For children there are complimentary brochures explaining key ideas and artistic movements, while interactive themes are explored to aid them in understanding modern and post modern art.

This focus on contemporary works at the Pompidou fits in comfortably in Málaga, which as Picasso’s home city has embraced modern art forms. Visitors can tour the artist’s birth place (Casa Natal de Picasso) at Plaza de la Merced in the historic centre. While interesting in itself, a short walk towards the impressive cathedral gives you a chance to view some fine examples of his work in the Museo Picasso, which is housed in the 16th century Palacio de Buenavista. The building was painstakingly restored specifically for the purpose and is worth a visit in its own right, forming a suitable setting for the master’s works of art—many of which are from the private collection of Picasso’s daughter.

Another indication of Málaga’s love affair with modern art is the highly respected CAC Museum (Museo de Arte Contemporaneo), which has a burgeoning reputation as one of the leading galleries of the genre in Europe. Temporary exhibitions by artists of the calibre of Tracey Emin and Roy Lichtenstein have helped establish its name, while on permanent display are works by renowned artists including Louise Bourgeois, Art & Language, Olafur Eliasson, Thomas Hirschhorn, Damian Hirst, Julian Opie, Thomas Ruff and Thomas Struth. The result is a vibrant exhibition that is genuinely thought provoking. 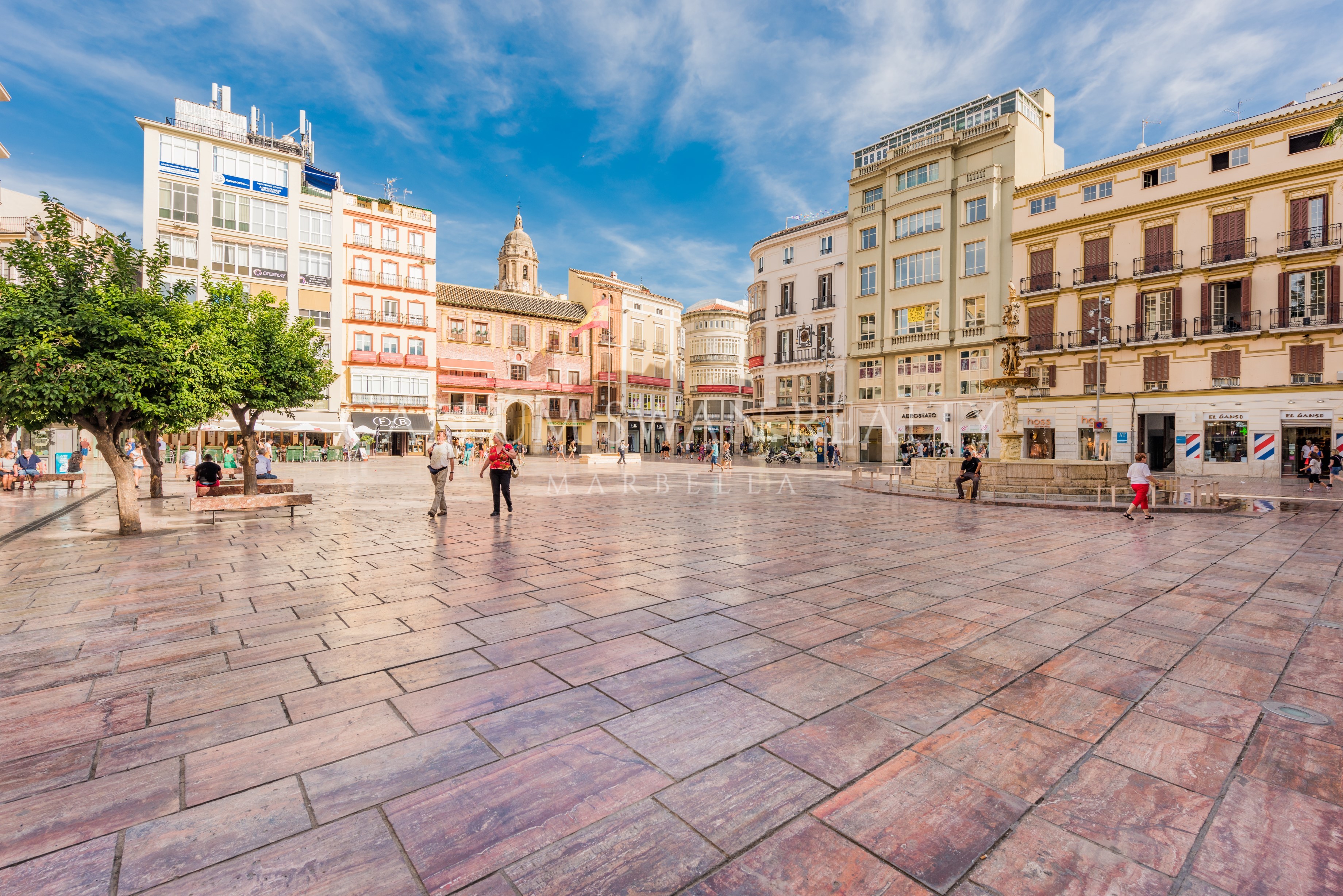 A third major gallery in the city is the Carmen Thyssen Museum (Museo Carmen Thyssen Málaga), though it deviates from the theme of modern art to focus on 19th century Spanish painting. Largely based on the personal collection of Carmen Cervera—wife to Baron Hans Heinrich Thyssen-Bornemisza—it is an opportunity to view some of the most impressive paintings from the era, with a particular attention paid to works from Andalucía.

The museum itself is set within the 16th century Baroque Palacio de Villalón, which was partially rebuilt to provide five exhibition rooms.

Although these are three of the most prominent galleries in Málaga, there is much more on offer for those seeking culture in the city. Independent galleries displaying works from local artists—as well as those from further afield—are numerous, while art is also taken onto the streets by the townhall’s project MAUS (Málaga Arte Urbano en el Soho), an initiative that has seen the creation of a graffiti gallery where well known artists decorate the city’s walls.

Outside the galleries and museums, another traditional Andalusian expression of art that should not be overlooked is represented in the city’s religious buildings. Through the centuries the churches and cathedrals have been richly endowed with paintings, icons, statues and religious objects that are fine examples of Spain’s cultural soul, and incorporate some of the greatest treasures of centuries gone by.

Another, quite different, manifestation of the creativity of Málaguenos can be found in the myriad of dining options to be found in the city. The bars and restaurants are famous for their selection of tapas—bite sized snacks—that focus on local ingredients. Religious art and tapas come together at the Taberna Cofrade Las Merchanas, which is decorated from floor to ceiling with traditional objects d’art celebrating Easter. It specialises in local cuisine and is located on Calle Mosquera, just off the Plaza de los Martires.

Stopping in one of the many bars for a bite to eat and to soak up the buzzing atmosphere is a wonderful way of rounding off a trip around Málaga’s galleries and museums, and an excellent opportunity to sample other facet of the city’s culture.

Málaga is much more than simply home to the Costa del Sol’s airport! It is a city with a proud history dating back to the Phoenicians that offers visitors a glimpse into Spain’s past—and a taste of art past and present that makes this such a vibrant cultural centre on a European-wide level.