Marbella a leader for gourmet dining

With a growing number of Michelin-star restaurants and a rising reputation for the culinary experiences it offers, Marbella is becoming a gastronomic destination in its own right.

Originally, the first jet-set visitors to Marbella were drawn to its rustic beauty and the authenticity of a seaside village where you could enjoy freshly caught fish grilled right on the beach. Such traditions continue even today, but it didn’t take long for the first fine dining experiences to arrive in Marbella, and it came in the form of the Marbella Club, whose now famous the grill restaurant played host to a celebrated collection of top international celebrities.

That first generation of people who came to Marbella laid the foundations of more that was to follow in the ensuing years, when many of the area’s top eateries were to be found in the town, at the newly emerging golf clubs, the top hotels and also the yacht harbour of Puerto Banús, which opened in 1970. Different eras produced new favourites, where long summer nights would become the stuff of legends and help to expand Marbella’s reputation as a feel-good destination.

To take nothing away from the earlier years, the new millennium brought with it a renewed level of creativity and expertise that doesn’t stand alone. What followed, was a movement that had taken root in Spain during the 1990s, when the country rose to the top of the international gastronomic rankings with a new wave of Michelin-star chefs and culinary geniuses such as Ferran Adrià. This movement, originally centred upon Northern Spain, founds its expression in Marbellla as well.

Its most famous local exponent has become Dani García, who rose to national fame as one of Spain’s most talented new super chefs, a reputation he has since gone on to build upon both locally and across the country. Currently, this Michelin-star chef enthrals guests at Lobito de Mar, Bibo and Leña Marbella, but almost as important in the local scene are Skina and Messina Restaurante, renowned for their avant garde cooking. 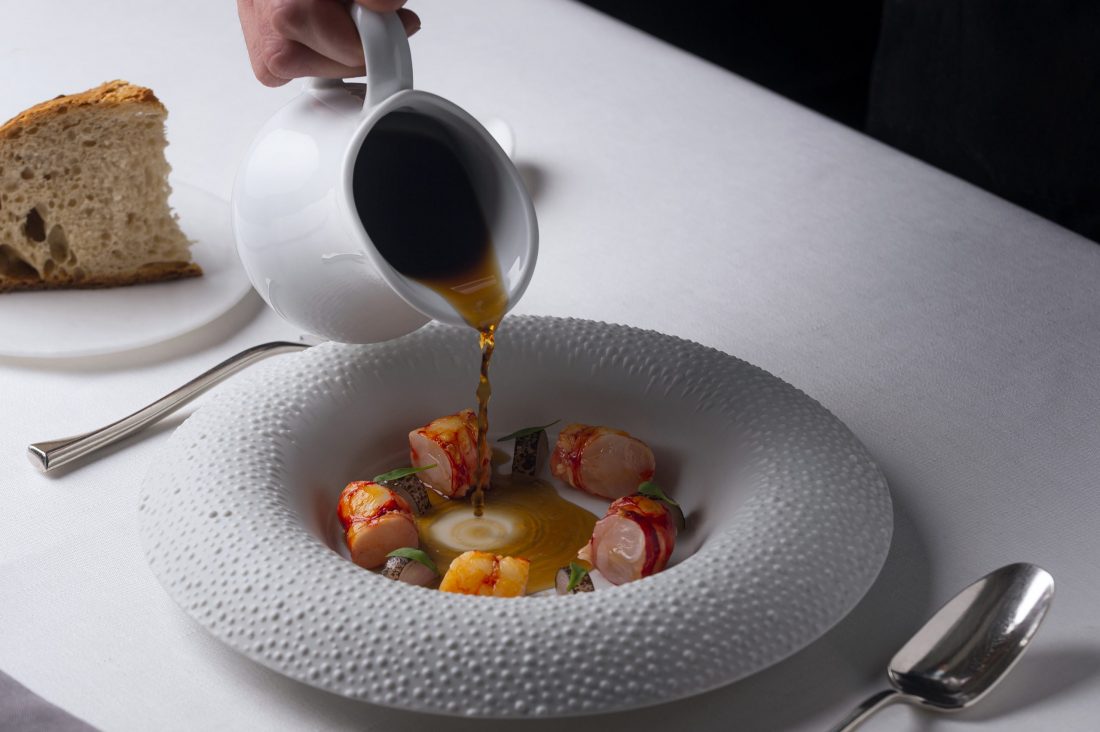 Other Marbella restaurants that appear in the famous Michelin Guide are El Lago in Elviria, Nintai, Ta-Kumi, Kava and Casa Eladio, but there are other excellent dining experiences awaiting on Marbella’s Golden Mile and historic quarter, as well as in Puerto Banús, Nueva Andalucía, Guadalmina, Benahavis and at the Finca Cortesín and Villa Padierna hotels, covering a broad range of cuisines from Spanish and Mediterranean to European, Asian and beyond.

Together, they make Marbella an increasingly delicious place to visit.

This beautiful apartment is located in one of Marbella's most iconic buildings, Torre Real. Located in the area of Rio Real, east of Marbella, just a few minutes drive from the old town and all ...

With its spectacular setting, beautiful mature grounds, luxurious villa and of course unique pedigree, this is truly a unique property in Marbella. There are many impressive villas occupying prime ...