The making of Marbella

The image of Marbella as a stylish resort with an enviable Bohemian lifestyle can be traced back to the opening of the Marbella Club Hotel by Spanish aristocrat, Prince Alfonso von Hohenlohe-Langenburg.

His father had first fallen in love with the finca Santa Margarita just outside the little village of Marbella when he stopped for a picnic while waiting for his car (a luxurious but rather temperamental charcoal-fired Rolls-Royce) to be repaired. The following year the aristocrat dispatched young Prince Alfonso to purchase the old farmhouse and 180,000m2 of land as a family retreat. The idyllic holidays held there with family and friends—including the cream of European nobility—became so popular that Prince Alfonso decided to open a hotel where his guests could enjoy the paradisiacal setting along the Mediterranean shores in style. 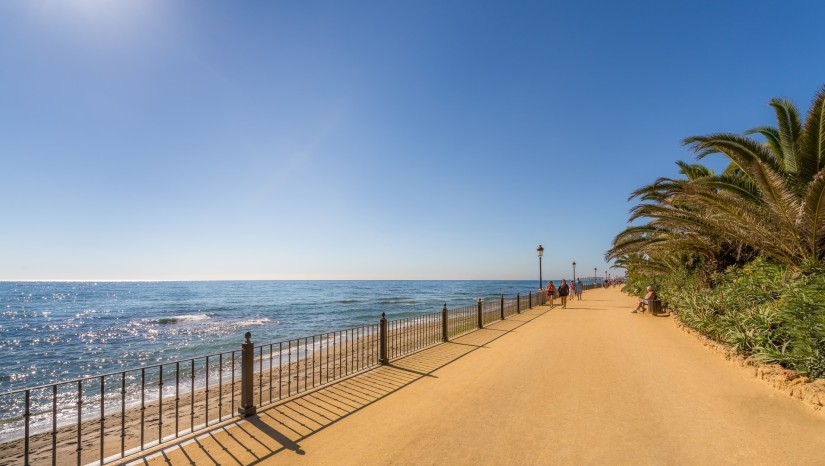 The new retreat was immediately popular, its rustic charms set amongst pinewoods, olive groves and vineyards just yards from the sandy beach making it a secluded spot at which to enjoy the marvellous local climate.With a clientele made up of the glamorous, beautiful and influential of the time, the reputation of the Marbella Club, as it came to be known, soon spread far and wide, acquiring a glamorous mystique that was the foundation of Marbella’s own jet-set image.

At the heart of this was a client list that saw international stars like James Stewart, Merle Oberon, Ava Gardner, Kim Novak, Audrey Hepburn and Brigitte Bardot rubbing shoulders with European Aristocracy including the Bismarcks, Metternichs, Fürstenbergs and Bourbons. Joining the mix were the Rothschilds, Oppenheimers, the Agnelli family, Aristotle Onassis and Stavros Niarchos.

They were heady days for Marbella, and in a few short years it was transformed from a fishing village of around 1,000 souls to a jet-set hotspot that rivalled the Cote D’Azur, as more and more wealthy individuals decided to acquire a piece of paradise alongside the now famous Marbella Club Hotel. Thus was born the Golden Mile—officially the Blvd. Príncipe Alfonso de Hohenlohe—and Callum Swan is proud to have its office right beside the iconic hotel and at the heart of the most desirable addresses in Marbella.

The opening of an elegant marina called Puerto Banús ushered in a new decade during which the fame of Marbella was further cemented, as well to do golfers and vacationers joined the international elite for stylish fun in the sun. They could now visit Marbella by boat, starting a portside love affair that has continued to this day, when new generations of celebrities and international sports stars flock to its trendy beach clubs, fine dining, top brand shopping and nightlife hotspots.

Today, Marbella has become a stylish coastal resort town enveloped by the greenery of leafy residential areas that line lush golf courses. The setting, framed by magnificent sea views and mountain views, and bathed in the Mediterranean sun, retains a unique appeal – above all on Marbella Golden Mile, the very place where it all began some sixty years ago.

Stunning modern and elegant villa situated in the Marbella Club, on the Golden Mile, walking distance to the beach and close to Marbella town. This is a perfect property for a family holiday in the ...

This luxury villa is located in one of the best residential areas of Marbella, Las Torres de Marbella Club. Perfectly located in the heart of the Golden Mile, this prestigious street, with 24-hour ...

Classical beach front elegance in an unrivalled position within the grounds of the world famous Marbella Club Hotel. This stunning property enjoys direct beach access and also benefits from the ...