The beautiful white villages of cádiz

The stunning natural landscape and ancient history of Andalucía come together in spectacular fashion in the famous hilltop villages of Cádiz and Málaga.

Clinging to the edges of deep river gorges or positioned atop steep rocky cliffs, these fortified towns and villages are a spectacular reminder of the region`s troubled past, particularly of the time when they marked the boundary of the Christian Kingdom with the last Muslim caliphate in Spain—that of Granada.

Most date back to between the 13th and 15th centuries, with their narrow winding streets still largely following their original medieval layout, and many still offer glimpses of Arabic monuments—chiefly imposing fortress walls and gatehouses—as well as Christian churches, which were often built on the site of earlier mosques, themselves in turn built on the site of early churches.

Many of these picturesque towns and villages in Cádiz province follow a rough arc from the coast, through the rugged wooded terrain of the Sierra de Cádiz. Arcos de la Frontera is one of the most scenic of these historic towns. From a distance its whitewashed homes, red-sandstone castle and imposing church make a striking sight, standing out against the deep blue Mediterranean sky. They are perched on top of a limestone ridge, protected by a sheer cliff that falls dramatically to the valley below. The cobbled streets lead to ancient churches and mansions that offer stunning views of the Sierra de Ronda.

From here a gloriously scenic drive through the mountains brings you to the white village of Grazalema, which nestles amongst the impressive peaks of the Natural Park. Smaller villages such as Zahara de la Sierra and El Bosque are popular bases from which to explore the woods and countryside on well signed hiking trails, while the Majaceite river is known as the most southerly trout river in Europe—a fish that features prominently on menus in the local taverns and restaurants. 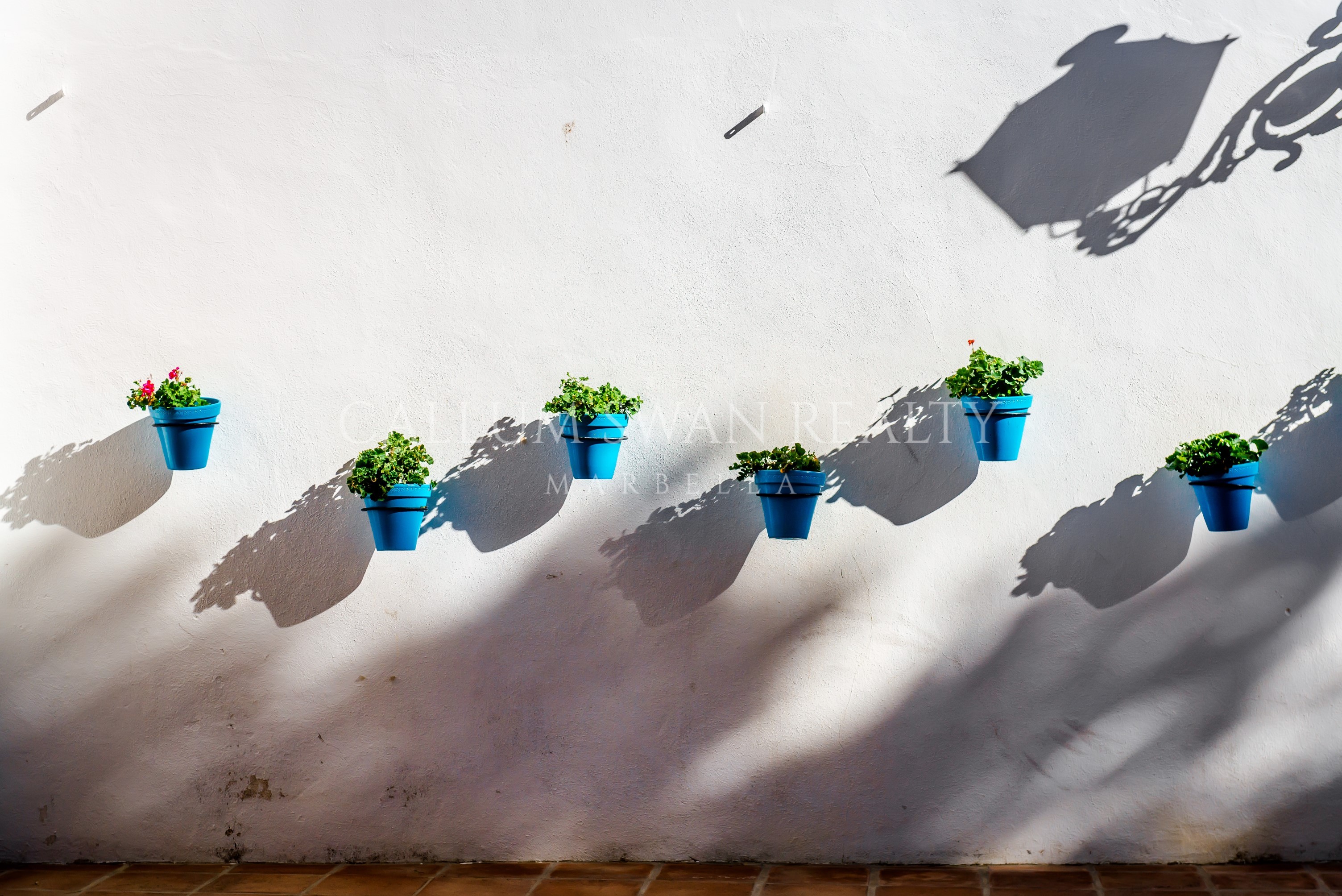 Setenil de las Bodegas is another white village with a difference. Instead of being set on a cliff top it is instead hidden within a rocky gorge, with many of the homes built into natural caves, making it a unique setting.

Other villages worth a trip through the spectacular leafy countryside include Jimena de la Frontera, with its Moorish fort, the ‘unspoilt’ Castellar de la Frontera—its narrow streets were left untouched after the population was resettled in a new village nearby, before being repopulated, initially by a hippy community—Vejer de la Frontera, and Medina Sidonia. The latter is slightly off the beaten track and has managed to retain its rustic character redolent of days gone by.

All these villages are within daytrip distance of Marbella—indeed a day’s tour taking several of them in before stopping off at Ronda is a popular excursion. It is truly a wonderful way to view the history and natural splendour of this spectacular corner of Andalucía.

This stunning family home is situated in a quiet cul-de-sac in the select area of Sotogrande Alto. Finished to the highest standard, offering five bedroom suites, large living spaces, and unique ...