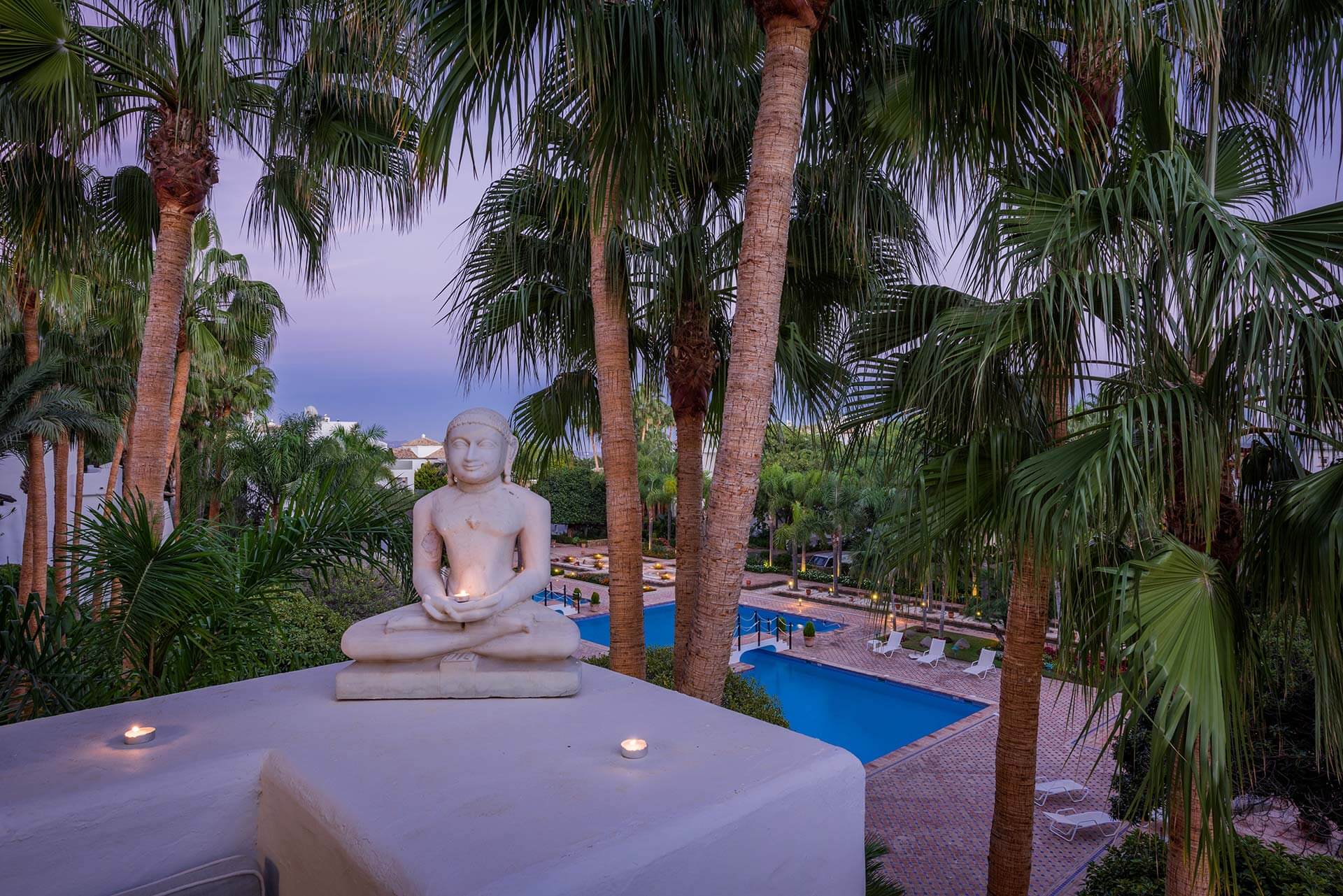 Though renowned for its golf courses, Marbella is also a centre of tennis with roots that go back to the heyday of the game.

Tennis lifestyle properties for sale on the Costa del Sol

Luxury villa with an elegant contemporary style, in an excellent location within the residential area of Aloha, situated in the heart of Nueva Andalucía. This well-established residential street, is ...

This property is located within a newly built complex, with a privileged location next to the sea. Situated on the New Golden Mile, between Marbella and Estepona, very close to all amenities, ...

This stunning luxury villa has been finished to the highest quality using the finest Italian materials and finishes throughout. With an elegant classical style, this certainly is a unique property. ...

Classical beach front elegance in an unrivalled position within the grounds of the world famous Marbella Club Hotel. This stunning property enjoys direct beach access and also benefits from the ...

This one of a kind amazing penthouse is located in the heart of the golf valley only a few minutes from this convenient location one finds Puerto Banus and all the essential shopping services and a ...

This is a beautiful villa, with lots of charm on one level surrounded by an impeccable mature garden and in the elegant residential area of Guadalmina Baja, a short walk from the beach, in a perfect ...

This impressive mansion is located in the exclusive residential area of La Zagaleta, one of the most prestigious urbanizations in the south of Europe that is located on the side of the mountain, and ...

Though renowned for its golf courses, Marbella is also a centre of tennis with roots that go back to the heyday of the game. Of the many racquet clubs in the area perhaps the most glamorous of all is the Puente Romano Tennis Club, first opened in 1979 with none other than the legendary Bjorn Borg at the helm.

He was later succeeded by Spain’s own Wimbledon champion, Manolo Santana, who later founded the elegant racquet club near Nueva Andalucía that bears his name. At these and many other tennis clubs the standard of facilities is suitably high, from the courts and coaching facilities for a wide range of ages and levels to the clubhouses, restaurants, bars, cafés, shops and even gyms that complete a very comprehensive offering.

The championship standard courts have been home to international competitions, with Marbella hosting the Senior Master Cup at the Puente Romano Tennis Club and the Davis Cup at this elegant venue as well as the local bullring on different occasions.

Paddle tennis is another variant of the game for which Marbella has become an international centre, with a growing number of both Spanish and foreign residents succumbing to the charms of a sport that blends the best attributes of tennis and squash. More than sport alone, it is a highly sociable tradition that adds to the quality of life in Marbella and surroundings.

In addition to clubs you will also find a significant number of apartment complexes and private villas featuring their own tennis and/or paddle tennis courts, a facility that has everything to do with the gentle climate and outdoor lifestyle of this beautiful, sunny part of Europe that is perfectly suited to almost year-round sports activities.

By location
By category